For the last 6 months I’ve been working on an awesome adventure film called Guardians of the Tomb. And it’s going to be ready very very soon.

Think of the summer movies of your youth as a teenage boy, and then add a Chinese twist! (Unless you grew up in China, in which case add a Western twist.) The production shot both here and in China, and features an American, Australian and Chinese cast.

My piece of the creative pie has been to produce and composite the many GUI (graphical user interfaces) for all the devices in the film. So every time someone gets out a laptop or GPS device, that’s all me 🙂

There have been a a huge number of 2d paint comps to do too. The total number of shots I’ve worked on is over two hundred now. So I’ve been a busy 🐝. 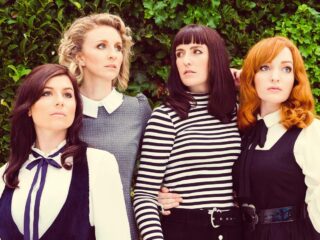 Next Post (n) All Our Exes Live in Texas