Life After the Oasis (Sascha Ettinger-Epstein, 2019) was a follow up to the multi award winning film, The Oasis (2008). Both documentaries follow homeless youth living in Sydney from an uncomfortably close perspective.

The film was produced by Shark Island Productions, a philanthropic organisation which specifically addresses issues of underprivileged youth. They also produce study guides to go along with their films so they can be used in education. I’ve worked on previous projects with Shark Island such as Stories from the Inside, a film about a youth correctional facility made in collaboration with the inmates themselves.

I typically follow a specific process when designing titles for a film where I start by developing a brief with the client to set some guidelines, then follow a back-and-forth process through several rounds as we zero in on a design and animation aesthetic that will support the story being told. This comprises initially of reference ‘mood boards’, then several static design options for the main title, then layouts for all titles the chosen style, and finally animation. I find an organised process like this is actually freeing as it means every ounce of creative energy is well spent.

Life After the Oasis premiered at the 2019 Sydney International Film Festival where it was nominated for the Documentary Foundation Australia Award. It also screened on national Australian television. 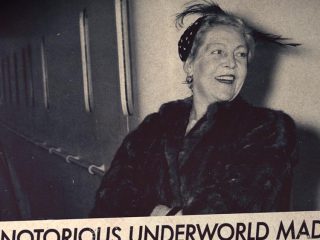 Next Project (n) The Pink House