This feature film was directed by Sascha Ettinger-Epstein and won the Documentary Australia Foundation Award at the 2017 Sydney Film Festival.

The story follows a relationship between the madam and her longest working prostitute at the last brothel in Kalgoorlie – a remote outback town that was once the scene of a gold rush. It’s an ‘odd couple’ story at heart, with all the humour that comes with that. But it progressively turns more grim as the co-dependent nature of their relationship becomes evident. By the conclusion the dark picture is complete with murder, drug abuse, and an overwhelming melancholy sense of faded glory.

Independent documentary tends to be a pretty lean affair. In this case it was just myself working with the director. What’s interesting and challenging about these jobs is that, while the filmmakers have a strong sense of storytelling, and aesthetics in general, they tend not to have a close understanding of motion design. It’s not what they’re dealing with 99% of the time after all. So it’s very much up to you to shape the creative development process, and lead them to an outcome that works for the film and speaks to the audience. 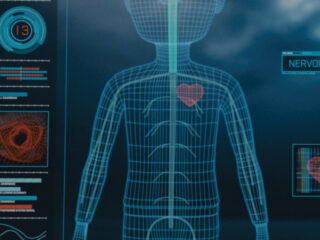 Next Project (n) Guardians of the Tomb